It marked Bangladesh's entry into the era of electrified rail transit, which is seen as being a watershed moment for the nation. 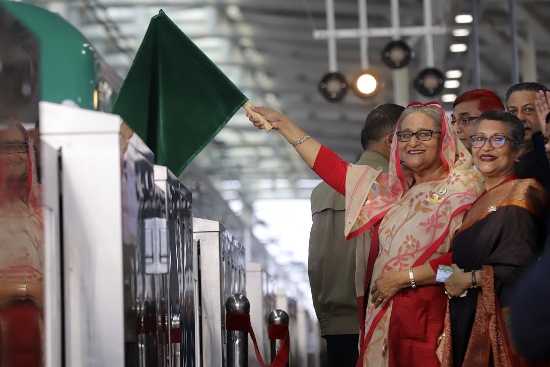 The MRT-6, a total length of about 20 kilometers, is the first urban rail transit project developed in Bangladesh to improve the traffic conditions and urban environment of the capital.

POWERCHINA and Italian-Thai Development Public Company Limited (ITD) formed a joint venture and were responsible for construction of the CP02 section of the MRT-6.

The CP02 section is responsible for train parking, daily maintenance, train inspections and weekly and monthly inspections of the MRT-6.

In addition to the running track area and on-site support facilities, the CP02 section includes many buildings, such as administrative operation centers and training centers.

Since its construction started, POWERCHINA has overcome a large number of design changes and unfavorable factors brought about by the COVID-19 pandemic, to complete work on the section in January.